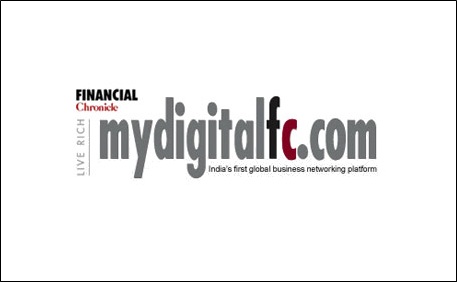 Back to Latest News

Overall cost of homecare is 30% to 40% less than expenses at an institutional setup.By 2050, India’s 60 plus population would have grown from 100 million today, to over 300 million, with the overall population having grown from 1.2 billion to 1.6 billion. Noncommunicable dise­ases, including cardiovascular diseases, diabetes, chronic obstructive pulmo­nary disease and cancer would collectively cause around 50 per cent of all deaths in India and most patients in either advanced or convalescence stage will need homecare.

As of now, there are an estimated 6,000 agencies providing homecare services and the profession is quite unorganised. The spectrum of services varies from those providing semi-trained attendants and nurses for assisting the infirm and old, to deputing physicians, technicians and technology-enabled services to improve health outcomes.
Innovative startups have amalgamated bluetooth-enabled diagnostic tools that capture patient data, upload it via their smartphone to an EMR platform that uses pr­e­dictive analytics to ana­lyse health trends and push pro­active healthcare interventions if the trends indicate that the patient’s health is deteriorating. This could be further fortified with a good mobile app platform that has a variety of standard operating procedures caregivers can access.

The overall cost of homecare is 30 per cent to 40 per cent less than the cost of care in an institutional set­up. This is because there is no real estate cost of care and there are associated societal merits as the family does not incur additional costs in deploying a relative or attendant, or in commuting from home to hospital, besides incurring sundry expenses that hospitals charge indoor patients.Home healthcare prov­iders have upgraded their services dramatically by pr­o­viding ICU services at ho­me, doorstep chemotherapy to cancer patients and ensuring that critically ill kidney patients do not travel long distances several times a month by offering dialysis at home.

Various studies have peg­ged the Indian home healt­hcare market at aro­und $2.3 billion and growing at more than 18 per cent. Portea Medical is one such venture, which has also mustered venture fun­ding from Accel Partners and VenturEast and is mak­ing almost 20,000 ho­me visits every month. Medwel Ventures is another such startup, which acquired the Bangalore-based Nightingale home he­a­lth services providing elde­rly care. It is in the pro­cess raising $15 to $20 million over the next three to five years to expand its spectrum of operations.

US-based Bayada Home Health Care bought a 26 per cent stake in Chennai-based India Home Health Care in September last year, it what happened to be its first investment outside the United States. Delhi-based Health Care at Home India, which has around 100 employees, is a joint venture between the UK’s Healthcare at Home and the Burman family, promoters of Indian FMCG co­m­pany Dabur Group.Major hospital chains like Max Healthcare, Hinduja Hospital and Columbia Asia are also offering their own homecare services

Another service that bypasses the traditional outpatient visits is virtual doctors providing second opinion. In one series conducted by a leading second opinion co­m­pany, it was observed that the discrepancy in opinions (between the patient’s doctors and the second opi­n­ion-giver for undergoing sur­gery) was the highest in heart problems at 55 per cent; knee replacements and hysterectomies were second at 48 per cent, while infertility was third on the list with 45 per cent discrepancy in opinions. The second opinions through virtual platform are being organised at a cost as low as $10.

In one of the largest random controlled study carried out in the US to evaluate efficacy of virtual doctors, vis-à-vis face-to-face contacts, the diagnostic agreement betwe­en physicians was 84 per cent between face-to-face and virtual visits.Global consultancy Deloitte predicted in August that out of an average 600 million general practitioner appointments in the US and Canada this year, up to 75 million could be e-visits. Replacing only 30 per cent to 40 per cent of office visits by e-visits could create a $50 billion to $60 billion market, Deloitte found.

Patients are gradually subscribing to startups su­ch as Medicalsecondopinion, funded by a Singapore-based VC, MediAngels (Mumbai) and MedAccess for second opinion and primary virtual consultations. Newer initiatives like “Imperia Global — Medical Value Travel” and other such service providers are looking at providing second opinions and alternatives to international patients travelling to India for healthcare. Airline travellers book tickets online, bank customers can use internet ba­n­king to check accounts, and working families can shop for grocery online. The internet could even offer online doctor visits one day. (IPE Global is a development sector consultancy working in health and nutrition, urban development, education and skill develop. 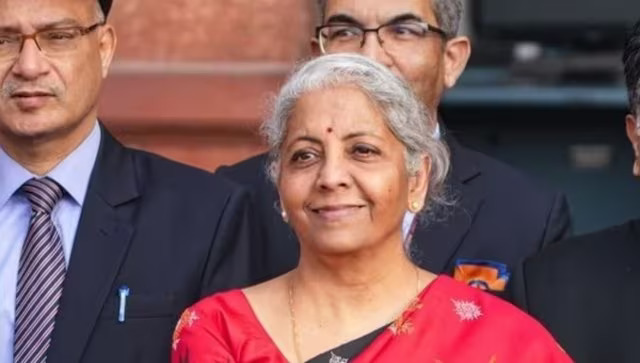 Green growth is one of the 7 focus areas (‘Saptarishi’) of this Budget. A slew of initiatives announced by the government earlier are covered under this umbrella term, ranging from the vehicle scrapping policy to protection of wetlands. The government is wanting to take a lead globally in green hydrogen production and scaling up renewable […] 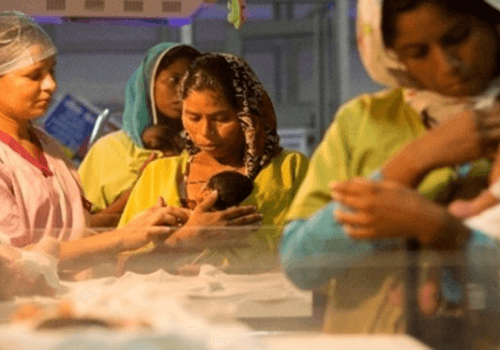 NIPI aims to provide strategic, catalytic, and innovative support to India’s National Health Mission (NHM) by testing scalable interventions in four high focus states of Bihar, Odisha, Madhya Pradesh and Rajasthan and UT of Jammu and Kashmir. Aligned with the development goals of Government of India as outlined in its National Health Policy (NHP) 2017 for […] 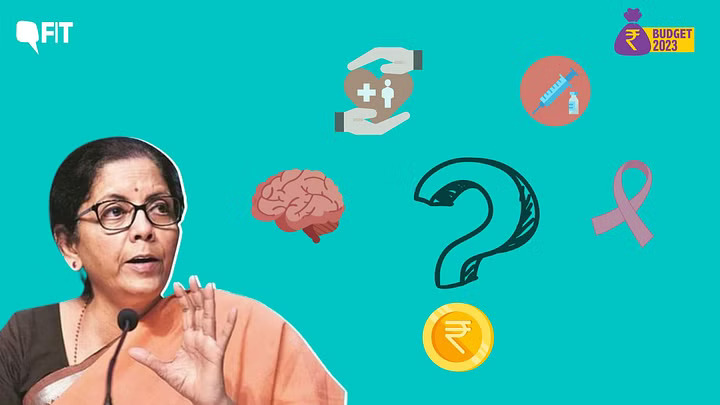 No ‘Amrit Kaal’ For Health Sector? Experts On What’s Missing In Budget 2023

Why aren’t experts happy with allocation for the health sector in Budget 2023? “The Budget lays a futuristic ‘Amrit Kaal‘ for women, youth and marginalised communities…” said Union Finance Minister, Nirmala Sitharaman in her speech on Wednesday, 1 February 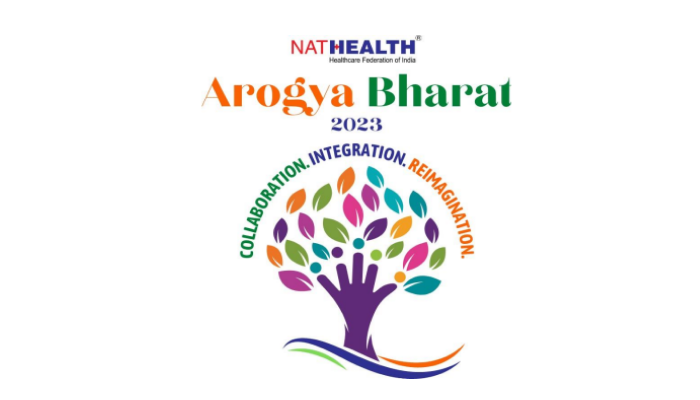 Healthcare Federation of India Is inviting applications for the NATHEALTH HealthCare CSR Awards 2023 to be announced in the Nathealth CSR Summit 2023 (22nd-23rd March). The award is an effort to encourage best practices in CSR and to recognize the efforts of companies in integrating and internalizing Corporate Social Responsibility (CSR) into their everyday thinking. […]

Market watchers are also closely observing the excessive volatility triggered by the crash in Adani stocks, after the conglomerate called off its Rs 20,000-crore Follow-on Public Offer (FPO) last night. Markets came back to positive territory in early morning trade after it dropped in the initial trade on Thursday. Led by firm global cues and foreign […] 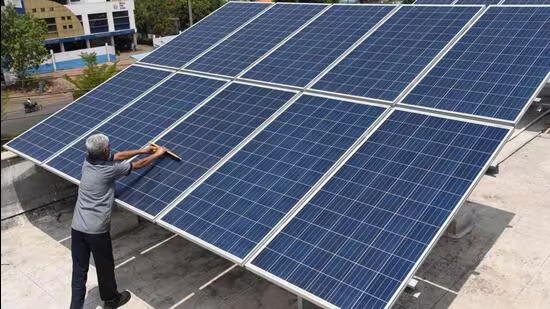 India underlined that its nationally determined contribution to fight climate change will help achieve the long-term goal of reaching net-zero emissions by 2070. Union Budget 2022-23 highlights the government’s focus on energy transition, which is expected to fuel “green growth” in the country in the coming years. Finance minister Nirmala Sitharaman listed “green growth” among […] India’s healthcare system has made significant strides in the recent years. With private players and investments flowing into the sector, major cities now boast world-class health facilities, and some have even become medical tourism hubs. However, with 70% of India’s healthcare infrastructure concentrated in the top 20 cities, and the distribution of the health workforce […]

What are Pre-Budget Expectations for Healthcare Sector?

On February 1, the Union Budget for 2023–24 is scheduled to be presented in Parliament by Finance Minister Nirmala Sitharaman. Even though the entire nation is eagerly awaiting the budget, the healthcare industry is even more impatient since many analysts believe the government should enhance its budgetary support for the industry. Nirmala Sitharaman, the Union Finance Minister, will announce the Budget 2023 on February 1; the Parliamentary Budget Session is scheduled to begin on January 31. Infrastructure boost is expected to be one of the major focuses of the forthcoming Budget, and based on an exclusive interview with Anil Bansal, Senior Director, Urban Reforms & Infrastructure, IPE […] Expectations from Union Budget 2023-2024 for the education sector

Union Finance Minister Nirmala Sitharaman will announce the Budget 2023-24 on February 1. Most industry sectors have high expectations for the Union Budget 2023–2024 ahead of the year’s much-awaited financial and economic presentation. In the area of education, all academic levels were impacted by the school closures during the Covid-19.

Will Budget 2023 act as a catalyst for India to be the fastest growing economy?

The economic downturn in China, the repercussions of the epidemic, the crisis between Ukraine and Russia, and global inflation all manifest significant challenges for the Indian economy. Will Budget 2023 serve as a stimulus for helping India to become the fastest-growing economy since the Indian economy has started recovering from the COVID-19 pandemic outbreak. The Budget […] 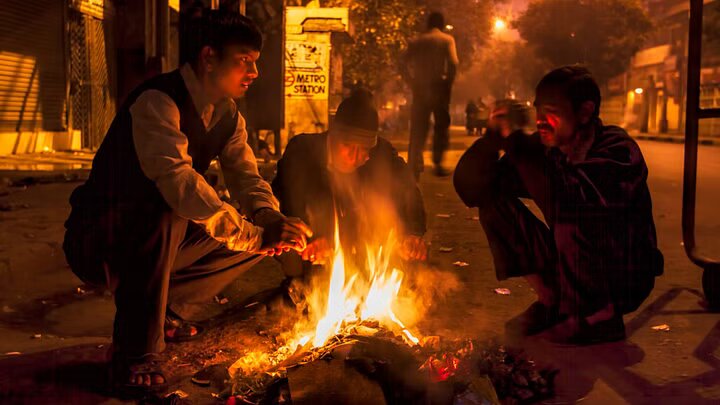 Is India Ready to Face a Cold Wave in a Warming Climate?

Record-breaking and nail-biting winters call for an imperative and inclusive act on climate change. North Indian states like Delhi, Punjab, Rajasthan, and Himachal Pradesh are breaching all the mercury dip thresholds as the lethal cold wave of 2022 continues. An analysis by the researchers from IPE-Global using Indian Meteorological Department’s baseline data points suggests that there has been a 1.6-fold increase in cold wave days in […] 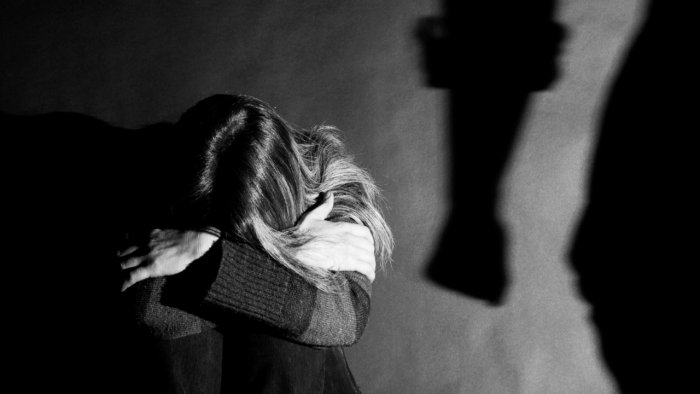 Cases of violence against women are on the rise in India. Spine-chilling incidents of heinous violence against women make the entire nation reflect on its deep-rooted belief systems. The words ‘women’ and ‘public space’ fit uncomfortably in the same sentence, as words like violence, safety, and fear are inevitably added to it. 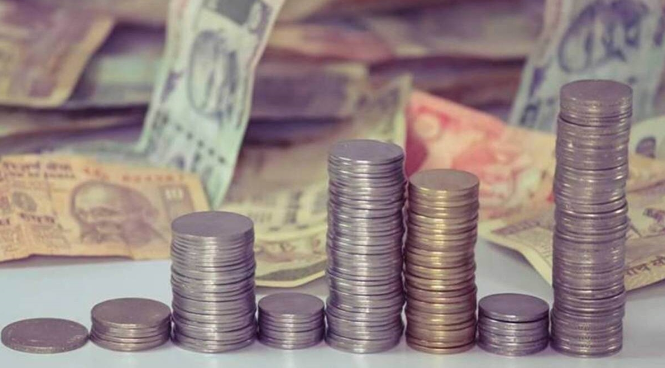 Can India achieve its $5 trillion dream?

Centre’s recent forecast on India’s economic growth slowing down to 6.5% in the current fiscal may make the catch up to pre-pandemic level more elusive. Attributing the drop to the tightening global monetary policy, spill overs from the Russia-Ukraine war, India is already feeling the heat with a slowdown in exports, industrial activity and soaring […] 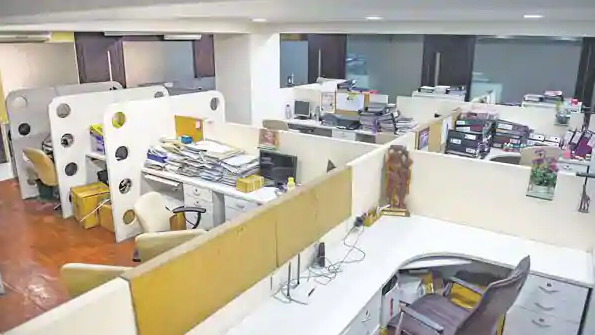 A majority of Indian cities that were hotbeds for covid seem to be inching towards herd immunity. As we move closer, the case load is expected to come down further. However, this may not stop new centres emerging or a resurge in these areas again after a break-in time. 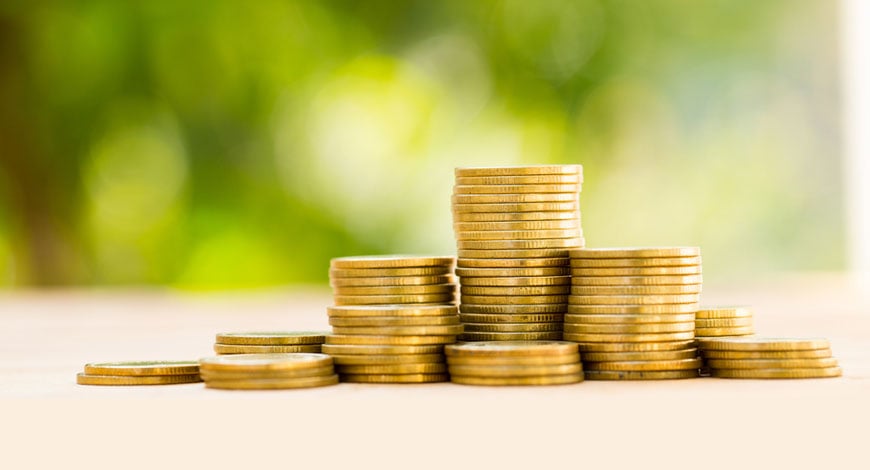 The Future Of Development Finance Is To Blend

Centre’s recent forecast on India’s economic growth slowing down to 6.5% in the current fiscal may make the catch up to pre-pandemic level more elusive. Attributing the drop to the tightening global monetary policy, spill overs from the Russia-Ukraine war, India is already feeling the heat with a slowdown in exports, industrial activity and soaring […] 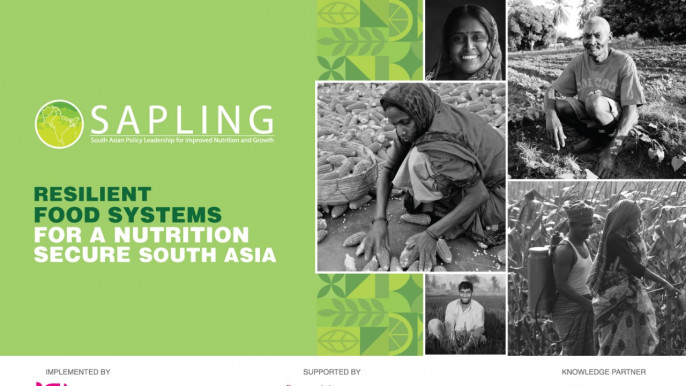 The South Asian Policy Leadership for Improved Nutrition and Growth (SAPLING), a multi-stakeholder platform, will organise regional discussions in Dhaka, Kathmandu, and New Delhi – aiming at strengthening regional collaboration and generating consensus for resilient food systems for nutrition across South Asia. The first event will happen on 1 December 2022 in Dhaka followed by […] 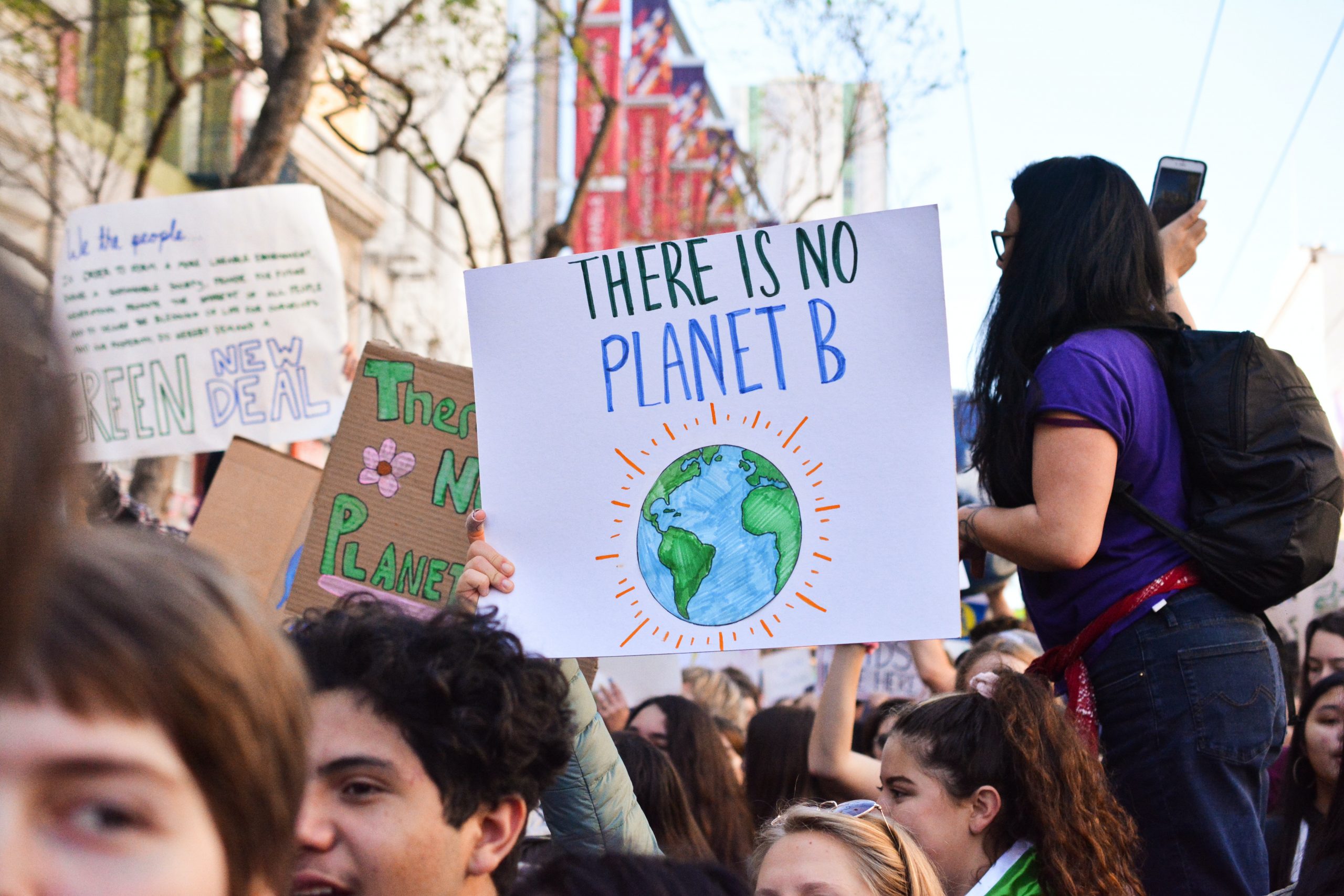 The year 2022 has been a testament to some harsher and grimmer climate extremes. A once-in-a-500-year drought in Europe, flooding across South Asia ravaging lives and livelihoods, Pakistan and Philippines being the most hit, and extreme heat waves across many parts of the globe are breaching all thresholds. As the world witnesses the throes of […] 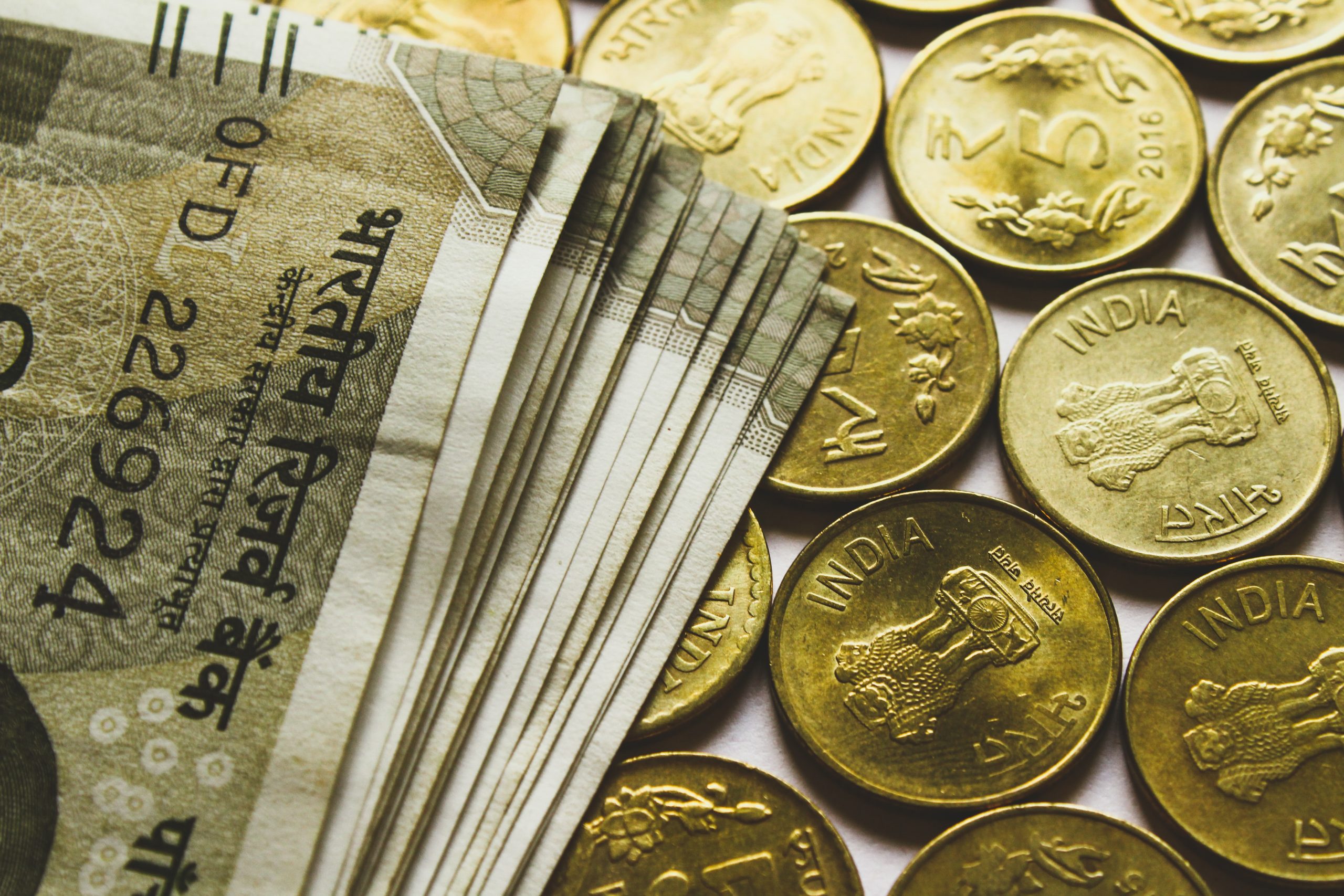 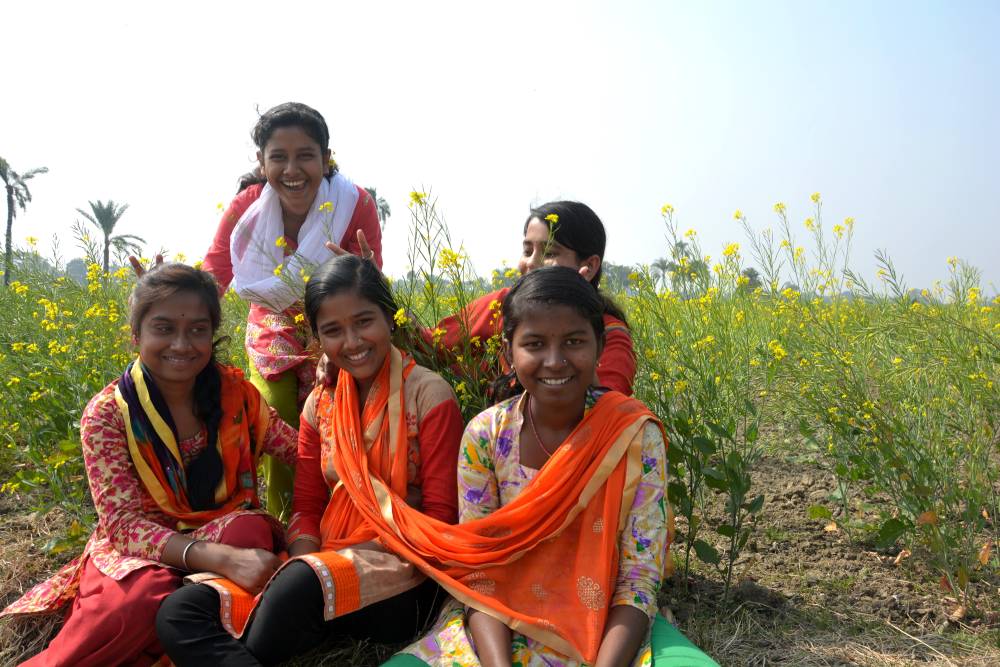 One of the most promising approaches to averting teenage pregnancies is investment in girls’ progression from primary to secondary school. In India, decisions about schooling, marriage and childbearing are made jointly and often poorly in the case of girls belonging to marginalised families. Marrying a daughter—‘paraya dhan’—is a generally considered household strategy to cope with […]

Thank you for subscribing to the newsletter.

We inspire people to be better.

Your journey starts from Day One….

Helps align expectations and lays the foundation of your success

Makes you familiar with the organisation; helps you settle down quickly in a new work environment and gives a sense of belonging

Through our continuous learning and training programmes, upskill at your own pace and place

Aligns resources and training needs based on your skill-set

Learning is not always a formal process. We also align our organization values to a culture of learning…